Austin is the geographic  center of Texas, and living in the Lake Travis area makes all the top employers accessible while living the lakeside lifestyle.

It also occupies center stage in the state’s positive economic health as a hotbed for a number of industries – including technology, real estate, healthcare, and—as the state capital—local, state and federal government.

In fact, the tech companies here account for much of all tech-related revenue in Texas – second only to the Dallas/Fort Worth area. This industry diversity offers a veritable cornucopia of employment opportunities for those relocating here, with companies that have chosen to establish operations in the Lake Travis area for its high quality of life, plentiful housing opportunities and relatively low cost of living. The following is a list of the Lake Travis area 10 largest employers. It includes corporations and government/municipal organizations in a range of industries, as well as a brief description of each company/ organization and its services.

Founded in 1883, the University of Texas at Austin (UT Austin) is the largest component of The University of Texas System – a conglomerate of 16 academic and health institutions – and the largest institution of higher education in the Austin area. With more than 51,000 students (including 11,000 graduate students), and over 24,000 faculty and staff members, UT is the fifth largest public university in the U.S.

Personal computer giant Apple, Inc. employs more than 3,000 at its Austin location, with employees who work in sales, marketing, and customer service. A massive expansion started in December 2012 and it has become the tech giant’s new “Americas Operation Center”, with a second phase to be completed by 2021. Apple’s new operations center will more than double their current workforce in Austin.

As the seat of government and resource for birth certificates, health and human services and other community services, Travis County is also among Austin’s top 10 largest public employers.

Austin, Texas is the global headquarters of the 3M Electro and Communications Business (ECB) and is the only multi-division site located outside of company headquarters in St. Paul‚ Minnesota. Besides 3M Center headquarters on River Place, the company also operates a plant on Research Boulevard.

Austin Energy is the public utility company providing electrical power service to a 421-square mile area including Austin and parts of the surrounding area in Travis and Williamson counties. It has been owned by the City of Austin since its inception in 1893, and owns all or part of five different power plants. They offer many energy-saving, green options for residential and commercial clients.

The Lower Colorado River Authority (LCRA) is a public service organization that provides vital services to Texas. These services include: delivering electricity, managing the water supply and the environment of the lower Colorado River basin, providing recreation areas and supporting community development. The LCRA employs about 1,800 people in the Austin and Lake Travis area. 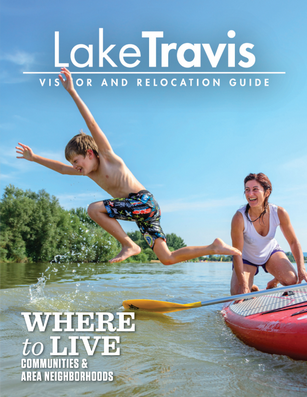